i live in houston and shit has sucked for the last 4 days.

i didnt have power and thus got p much nothing done. usually that'd make me feel really shitty, but at this point i don't feel like being harsh to myself. i did play king's field for like 3 hours yesterday on my retroid pocket 2 bc it was the only thing i had w any charge left and that was dope. i opened up some books i'd been meaning to read and re-filled my old lighter so i could read by candlelight.

will i get anything cool done by next week? who knows..

i've gotta work on this site again, bc ive been sidetracked and it's starting to bug me that this is on the backburner.

i'll try to have the updated html/css done by next month. it might not look super different, but i just wanna make the code neater. i also wanna add more pages. wish me luck.

i've still got a lot to work on, just now personally instead of academically.

i baked cookies for the first time in a while, i used to make a batche from scratch just about every week but then school happened and i fell off baking. cookies r nice.


the impression that i get

hype bc the semester is so close to being over.

think i'll start uploading little videos again. i had some but i put em all on private. probably not gonna unprivate then, they're kinda embarassing.

i could go for a juicebox right now.

another winter of my discontent

i've been looking for ways to get into the career i want and uhhhhhhh. hard.

my friends are alright but i always end up getting annoyed around everyone. i don't wanna, but it's like running out of energy all of a sudden and then having to respond feels exhausting.

happy that the semester is so close to being over.

there's a lot of stuff i've put on hold bc i wanted to not f up class. i still f'd up a lot but probably less than if i was doing everything i wanted. soon i'll have a ton of time for things i actually enjoy, it's exciting.

i've got 2 ideas for OOC twitter accounts that i wanna make. 1 because i love the show's visuals and characters, and the other bc nobody else has done it yet.

forgot to write an entry this tuesday. well, i didn't forget, i remembered but by then i was under a blanket and very sleepy.

talking to people always scares the hell out of me. even if they're being nice the worry i'm going to fuck up makes me rather nobody would acknowledge me.

gonna make an actual planner, cause using a spreadsheet to track the stuff i do has gotten tedious.

still working on what i've been working on. trying to learn stuff and learning to try stuff, same as ever. i've been feeling disgustingly fine lately. i'll think of something that'd normally make me despondant for a whole day and feel nothing. it's like whatever my mind goblins are coming up with, i can hit em with a well timed, "so?".


lost in the supermarket - the clash

dunno what's going to happen in any capacity atm.

started running outside again cause the weather's cooled down. feels nice.

i opened up my rpg dev folder and wow i had some cool ideas. wanna make something happen.


clouds across the moon - RAH band

ive started logging my typing, JPN, and guitar study times and it feels good to see. i'm usually really bad with aknowledging i put work into anything, but seeing it written down helps me not to get discouraged over thinking i'm not doing anything. i think life is really all about learning. i want to learn as much as i can about things that interest me and even stuff that bores me. as long as i'm learning something, failing isn't such a terrible feeling since i know i can get back up and keep going til i get it right.

also, paine and rikku have kind of a really cute chemistry. i've been replaying ps2 games and ffx anf ffx-2 are still great. being older i feel more invested in the story and characters than when i was a kid and just wanted to beat every fiend as fast as possible using the flashiest moves possible. i saw the reveal trailer for final fantasy xvi on livestream weeks ago, it felt like a real big departure from ff games of the past, but i saw a bunch of people saying they finally wanna pick up an ff game bc of it. to each their own, i guess. i'll stick to fromsoft for my action rpgs though.

classwork is wringing my brain out. I just want to sleep and not have headaches for a full day.

oh started refsheet for an OC at the behest of a pal. now i kinda wanna write a story for them. a military space rock opera. 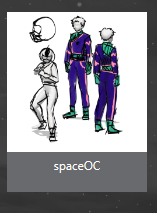 the sheet has a ways to go but i'm glad it's lookin like i want it to so far.


i still see ur diamonds in my mine

caught up classwork today to where i had a lot of free not-stressed-out time today. i played minecraft. 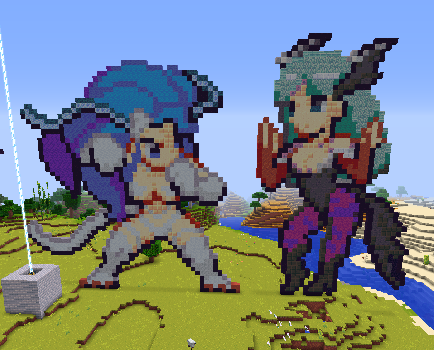 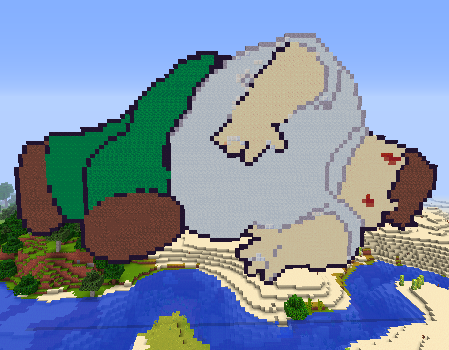 everything happens so much.


gotte keep on keepin on

class is in full swing now. rocky start adjusting to doing classwork again, i'm confident i can manage though.

really really really wanna play more games and other leisure/hobby stuff but class is draining all my extra energy OTL. weather's getting nicer here in TX, so I've been running again and I wanna stick to an actual schedule for it now. i feel like having more regular physical activity would help me w getting rid of all this lethargy. also, i wanna get stronger, so yeah.

ALSO! i've been doing figure drawing regularly for the past week and i'm starting to feel better about it? i still feel like there's a ways to go before i wanna share anything (like w anything i do), but i'm happy w my progress so far.

and so has my appreciation for the playstation 2. i dusted off my second hand childhood one and dang, those games feel good. played silent hill 3 recently and it was great. heather is a super cool character. wanna get all the endings in extra new game sometime soon.

also i'll try to keep up with classes now. I GUESS.

last week i felt super crummy about pretty much everything. i still feel that way (thanks, depression) but currently i don't care about anybody or anything else aside from working on hobby shxt. i've had a really good mashup/shitpost idea for a while that i wanna start seriously outlining, but then i remember i also gotta keep a close eye on whatever my professor's say so i don't miss any work and eh... everything feels up in the air whatever situation i get put in.

i was literally just playing nuclear throne and suddenly remembered this site exists. here's that blog update i went on and on about last week. everything's p much the exact same aside from now the semester is closer to starting. also i'm once again full of worry that because i have multiple things i want to do, i will get nothing done at all. let's see.

i'm trying to go easier on myself.

Think I'm gonna try to make a blog post once a week. I can't think of what I would have to share, but I'll worry about that whenever the time comes.